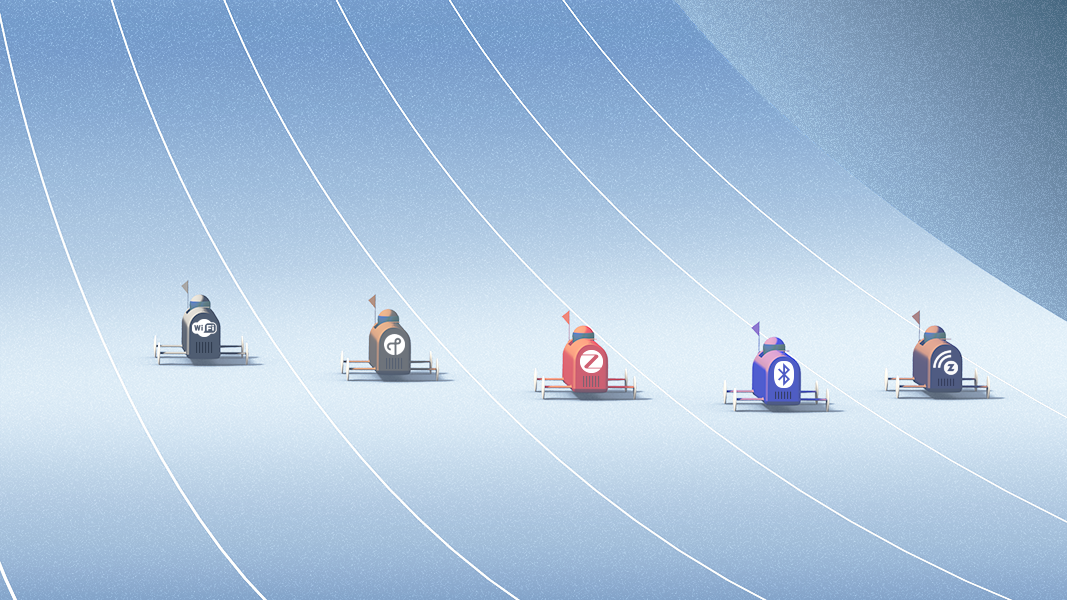 Part 1: In pursuit of interoperability

Companies venturing into the IoT marketplace are facing some difficult choices. One of the crucial decisions they need to make relates to the wireless communication technology their future smart products will employ.

At the most basic level, the IoT is all about connectivity. The idea is that countless numbers of smart devices are able to communicate seamlessly, producing massive benefits across all aspects of our lives and having a remarkable impact on our society. The reality, however, is still far from that concept. At this early stage of market development, the Internet of Things is heavily fragmented and lacks interoperability. A recent report from McKinsey Global Institute predicts that the global economic impact of the IoT could reach even up to $11.1 trillion per year by 2025, representing 11% of the entire world economy, but the company says there are several major obstacles on the road to this IoT promised land. Topping the list is the problem of varying standards which prevent devices and systems from communicating with each other. According to the report, interoperability is required to capture roughly 40% – and in some cases, as much as 60% – of the potential value across IoT applications. The matter of interoperability does not revolve solely around connectivity protocols. Barriers also include lack of standard data formats or common software interfaces. Yet, getting smart devices to talk to one another freely is an elementary need that must be met to make the connected world a reality.

A number of wireless communication technologies have attempted to dominate the market for smart home and connected building automation, but so far none has emerged as a clear leader in this race. Each brings certain attributes to the table, and each approaches the challenge of interoperability in its own way. In fact, the differences between them are often so fundamental that drawing a direct comparison is virtually impossible. And while it’s still uncertain whether all the specific needs of various industries and environments can be addressed by a single universal connectivity solution, the evolving marketplace and technology developments will eventually select some of these protocols and make them global standards for the IoT. This will benefit vendors and end users alike, contributing to further market growth, and accelerating mass adoption of connected products.

This situation mirrors the challenges faced by the technology industry in the early days of networking. A number of competing protocols proliferated back then, including IBM’s SNA, Xerox’ XNS, Novell’s IPX/SPX, Apple’s AppleTalk and many others, but it was TCP/IP that emerged as the protocol of choice for most networking applications, eventually becoming basically synonymous with the technical definition of the Internet. Without agreed-upon protocols and standards, the Internet and the World Wide Web would not have become what they are today.

With the Internet of Things, history is repeating itself, although on an incomparably larger scale. Eventually, the “things” of the IoT will also learn to talk to each other, but until that happens, device makers are forced to make bets in an immature environment. This creates both certain complications and risks, as well as big opportunities. Some of the communication technologies will inevitably fade away over time, forcing all the companies utilizing them to retool and adopt new solutions, in the meantime withdrawing some of their products from the market. But those who bet on the winning horse will enjoy all the benefits of being ahead of the curve.

So which of the available communication protocols is the most reliable one? Which offers the most for manufacturers of smart products, and has the greatest potential to survive the standards war, eventually becoming the go-to technology to connect the IoT? These are some of the questions we will try to answer in our series of posts on today’s leading wireless connectivity standards. We feel we’ve learned several important lessons that we can share on this matter, since we also had to face the same exact dilemma, being fully aware of how significant the consequences of our decision would be. Wireless connectivity is behind everything we do, so we have put an enormous effort to ensure that we know each of the available solutions inside out, and that we are able to identify all of its strengths and weaknesses in particular applications.

Our goal is not to promote one or another communication technology. Our goal is to make everything connectable, and interoperability is the only way to get there. So our guide to wireless communication protocols is, in fact, a guide to interoperability. Hopefully, these resources will prove valuable to manufacturers who are aching to get into the exciting market of connected devices, but still hesitate, being unsure of which technology to embrace.