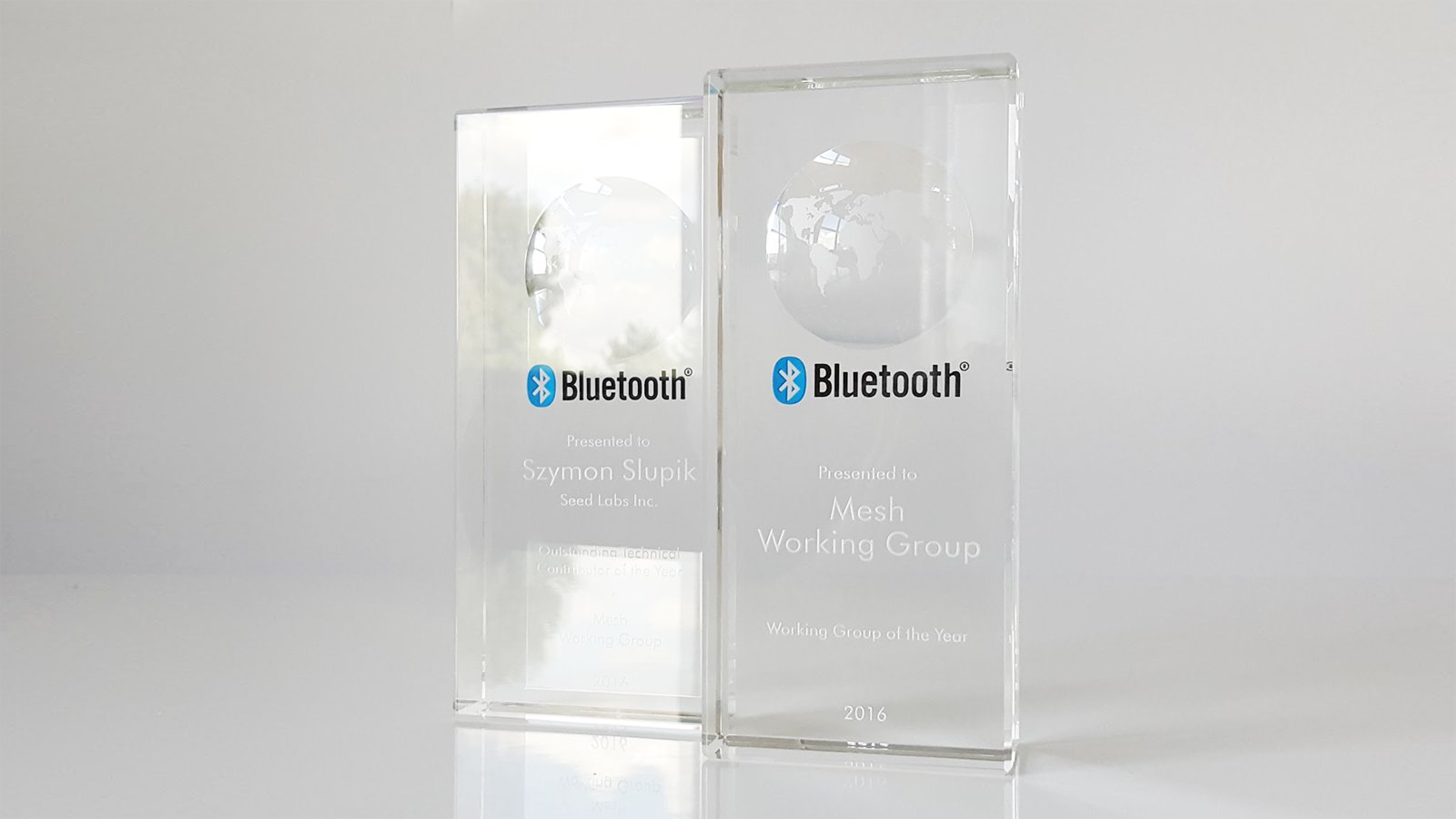 Almost exactly one year ago, we proudly announced having received two Member Awards from the Bluetooth Special Interest Group (SIG) in recognition of our substantial contribution to its working groups.

Our cooperation with the Bluetooth SIG has strengthened even further since then. We’ve been involved particularly deeply in the works aimed at building the architecture for Bluetooth’s standardized mesh networking capability, which eventually resulted in the appointment of Szymon Slupik – CTO and co-founder of Silvair – as the Chair of the Mesh Working Group. These standardization efforts are now entering the final stage with the formal adoption of the Bluetooth Mesh specification approaching very fast.

We can’t stress enough how excited we are about the upcoming arrival of Bluetooth Mesh to the wireless communication landscape, and how proud we are of our contribution to what we expect will become the first global wireless standard for commercial smart lighting systems. What makes us even more proud is the fact that the Bluetooth SIG has once again shown its appreciation for our input. Last week, annual Member Awards were handed out during the group’s meeting in Madrid, and our serial award collector Szymon Slupik was recognized as the Outstanding Technical Contributor of the Year. What’s more, the Mesh Working Group was recognized as the Working Group of the Year, becoming the first working group within the Bluetooth SIG to ever dethrone the Core Specification Working Group in the race for this title.

Ever since we joined the Mesh Working Group, we’ve been impressed with its agility and efficiency at driving the development of the Bluetooth Mesh standard. It is a pleasure for us to work with some of the brightest minds in the field of wireless communication, and to be part of a team which is about to deliver such an impactful and well-crafted technology. Congratulations to all of the members of the Mesh Working Group, and of course to Szymon and Silvair’s entire mesh development team, for doing such a great job shaping the future of the Bluetooth technology at the dawn of the IoT era!