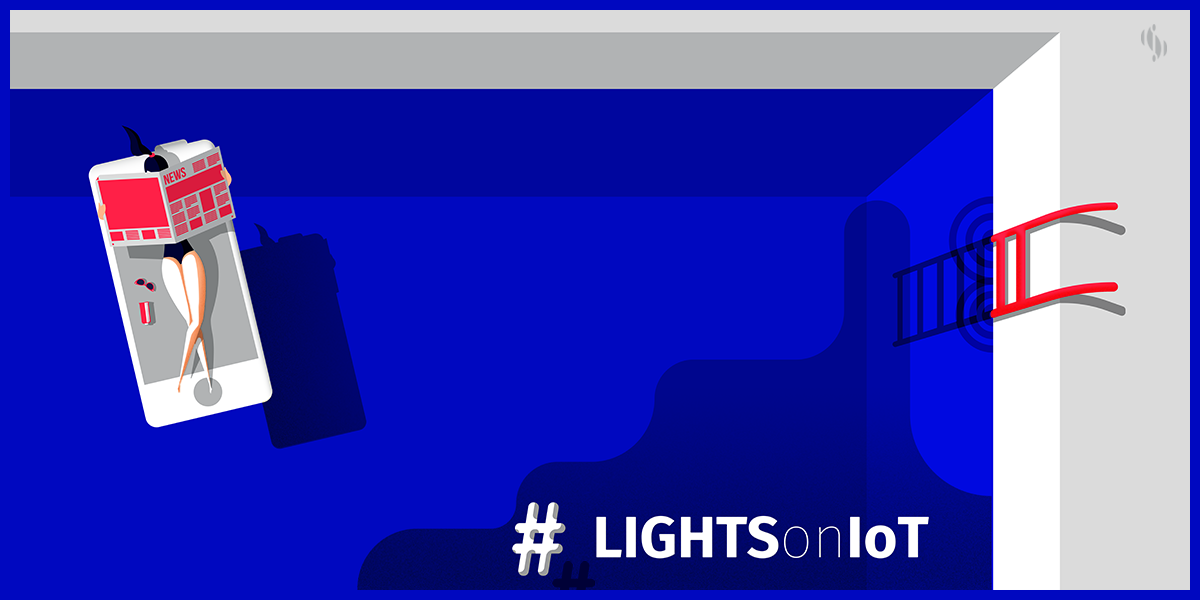 Welcome to the very first edition of Silvair’s IoT and smart lighting news roundup. We have launched this series to keep our customers and readers updated on what’s going on in the smart lighting segment and the broader IoT industry. Being at the forefront of disruptive market trends requires us to keep track of the most recent technology developments, so we thought we could periodically share some of the stories that you shouldn’t miss, whether you are a manufacturer venturing into the IoT marketplace or just a smart home enthusiast who’d like to know what is happening and why. New episodes will be published roughly once a month, and each time we’ll provide our brief comments on featured stories and articles. Let’s get down to business.

1. Low-power Wi-Fi could be dead on arrival, says ABI Research

ABI Research has just published an interesting report on 802.11ah (a.k.a. low-power Wi-Fi), the yet-to-be-released standard promising to address some of the limitations that legacy 802.11 technologies struggle with in the resource-challenged IoT space. While some have surprisingly high hopes for the “ah” flavor, claiming this is exactly what the IoT needs, we are skeptical, to say the least. ABI Research doesn’t seem to be sold on its success either, predicting that only 11 million chipsets will be shipped by 2020, four years after the technology is expected to make its market debut. Compare this to more than 100 million ZigBee chips already sold by GreenPeak Technologies alone, and you’ll get the idea just how pessimistic ABI Research is on the future of 802.11ah. Don’t forget that GreenPeak is one of many suppliers of ZigBee modules, and that demand for low-power radios is expected to be significantly higher between 2016 and 2020 than it was in the previous years.

Why no love for 802.11ah? A number of reasons, really. We’ve already highlighted some of them in one of the episodes of our “Wireless protocols showdown” series. While the new sub-GHz Wi-Fi implementation does solve certain major problems of previous 802.11 technologies by introducing an extended range and low power consumption, there are multiple other roadblocks on its path to market success, just to mention the lack of peer-to-peer communication, the requirement for an access point device which becomes the network’s single point of failure, the complicated setup process, or the lack of advanced security features such as key management. Plus, it is just a transport layer which means it won’t help us deal with the interoperability challenge. And it’s an entirely new radio standard so it won’t be compatible with all those Wi-Fi routers already present at millions of households and offices across the globe, suddenly making Wi-Fi’s biggest advantage irrelevant. When it comes to IoT applications, 802.11ah certainly is a big improvement over the previous 802.11 standards, but what it offers is just too little, too late to make any serious impact. Don’t say we didn’t warn you.

GE has just announced new smart LEDs for the residential segment. For now, the “C by GE” series consists of two different light bulbs: easily adjustable C-Life for optimal light during routine home activities, and innovative C-Sleep for perfect bedroom light that supports your body’s natural sleep cycle. That seems like a simple, elegant, and – perhaps most importantly – affordable solution for consumers ready for their first smart lighting experience. A four-bulb starter pack will come with a price tag of less than $50, a very reasonable cost compared to other solutions available on the market. The company will start shipping its new smart bulbs early next year so we’ll have to wait a couple of months to see how they perform. What should be noted is that GE has made a radical change in terms of a communication technology employed by its connected bulbs. The company’s previous line of smart LEDs employed ZigBee as the wireless connectivity enabler, but the C series is all about Bluetooth. It seems that GE has learned a lesson or two since the debut of its ZigBee-powered Link series, and its transition to Bluetooth does not surprise us at all. No central hub, trouble-free setup, direct compatibility with any mainstream computing device (smartphones, laptops, tablets), remote display and keyboard already in your pocket, and the list goes on…

Google has allowed a broader developer community to obtain access to Brillo, its lightweight, Android-based operating system for the IoT. The Brillo developer portal went live last week, and the company not only offers a complete suite of development tools, but is also ready to share its code and documentation. Weave, Google’s communication platform for smart devices, is also part of the package. The tech giant has not revealed too many details regarding its IoT platform since it was announced earlier this year, so this certainly is a good opportunity to see what the company has in store for IoT developers. If you’re one of them, you can request an invite to the early access program right here. Time will tell how successful these solutions are going to be, but it is quite obvious that whenever Google is getting serious about something it’s not a bad idea to keep one’s finger on the pulse.