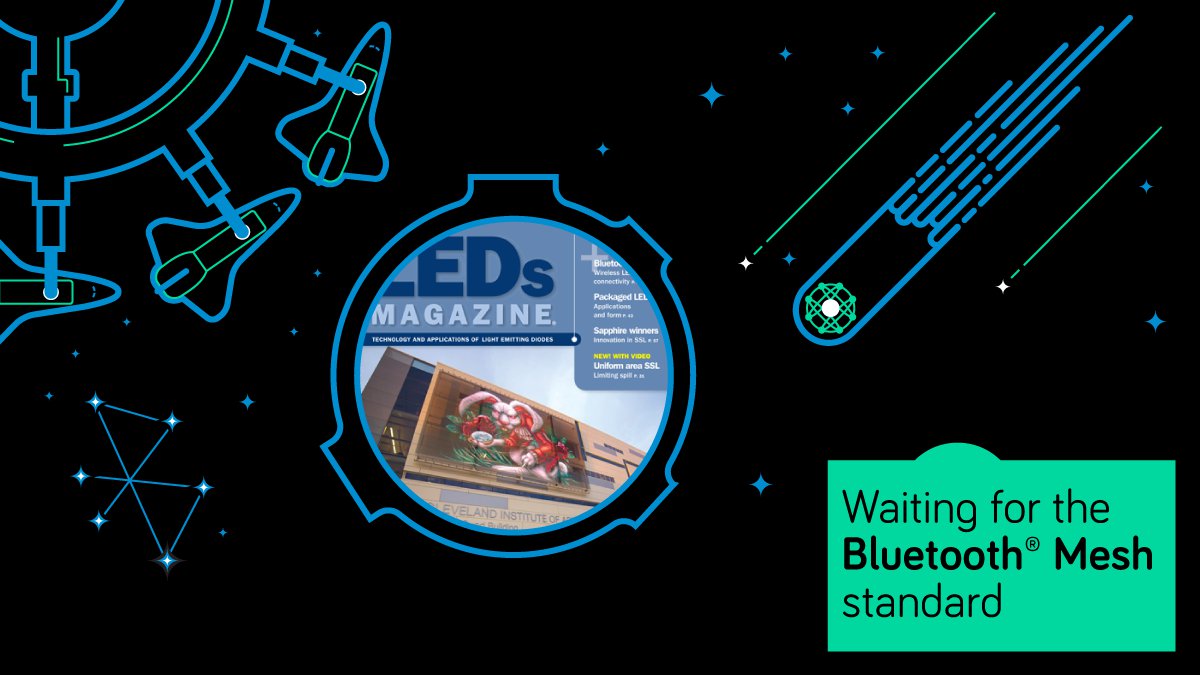 The release of the Bluetooth Mesh standard is approaching fast, and a growing number of lighting companies are becoming aware of the impact this specification will have on the smart lighting landscape. At Silvair, we are now gearing up for the Bluetooth SIG’s Mesh Working Group Face-to-Face Meeting which is to be held later this month at our headquarters in Cracow, Poland. This is yet another important milestone towards the adoption of what we believe will ultimately become a go-to technology for connected lighting in commercial applications.

LEDs Magazine, one of the most influential lighting periodicals, has recently turned to us to explain their readers what Bluetooth Mesh is all about. Having developed a pioneering proprietary mesh architecture based on Bluetooth Smart, and being deeply involved in the works of the Bluetooth SIG’s Mesh Working Group ever since it was established, we know a thing or two about building Bluetooth-based mesh networks for lighting applications – so we were glad to share part of this knowledge with the lighting community. Below you’ll find our extensive article which showed up in the latest issue of LEDs Magazine. Take a look and get in touch if you’d like to know more.

But first let us very briefly outline the main features of a Bluetooth-powered mesh network. We’ve been through countless meetings with all types of lighting companies considering various connectivity solutions available on the market, and more often than not we notice there is a fair amount of misunderstanding about what the transition from Bluetooth Smart to Bluetooth Mesh really means. The fact that a mesh topology enables smart devices not only to receive messages and act upon them, but also to relay those messages across the entire network, is fairly well known. The mesh networking capability is increasingly viewed as absolutely essential for ensuring whole-building coverage, and enabling a scalable, self-healing and self-organizing smart lighting network.

But there is so much more to a mesh topology based on Bluetooth. Consider these three major differences between a Bluetooth-powered mesh architecture, such as Silvair Mesh, and a standard connectivity solution based on Bluetooth Smart:

The connection-oriented concept behind Bluetooth Smart is great for applications such as the body area network with peripherals connected to a smartphone, but falls short in applications like sensor data collection and lighting control. Mesh addresses these limitations, delivering a set of features capable of enabling a robust, scalable and highly responsive smart lighting infrastructure.

Some tend to think of Bluetooth Mesh as a sort of minor improvement over Bluetooth Smart, a technology which has already been highly successful in certain IoT segments. But in fact it is an entirely new wireless communication concept. Given the outstanding qualities of the Bluetooth radio, the adoption of the Bluetooth Mesh standard is set to open the door for smart lighting networks to become widely deployed in professional environments.

At Silvair, we aim to be #1 provider of Bluetooth Mesh for professional lighting applications. Today, we offer a robust proprietary mesh technology with an entire suite of tools designed to make the transition into the IoT as easy, quick and cost-effective for lighting manufacturers as possible. But immediately after the adoption of the Bluetooth Mesh specification by the Bluetooth Special Interest Group, we will deliver an over-the-air software update to our customers, making their products fully compliant with this new global and exciting standard.

If you’d like to learn more about what Bluetooth mesh is and how it differs from legacy Bluetooth technologies, check out our article published recently by LEDs Magazine:

LEDs Magazine: Bluetooth Mesh — What’s that noise about? by Silvair