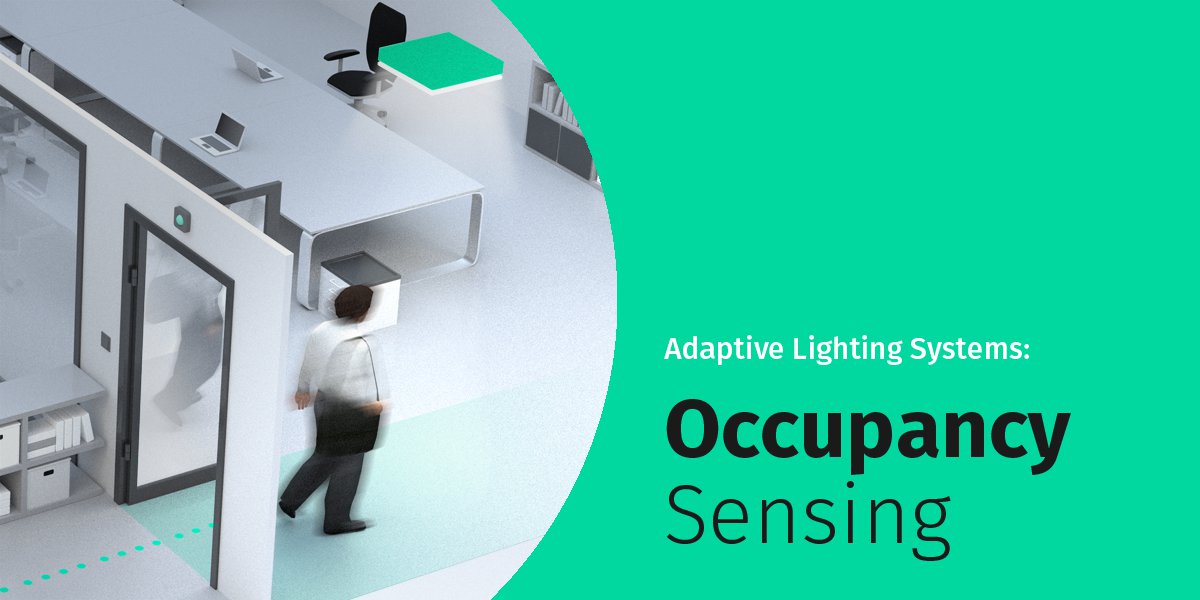 One of the major benefits delivered by a smart lighting system is its ability to provide enormous energy savings. This can be achieved by granting luminaires a certain degree of autonomy. While it might seem that the occupants of a given space know best how and when this space should be lit, a well-tuned smart lighting system can be far more efficient than the one which relies solely on human-made decisions.

In order to enable a lighting system to make autonomous decisions with regard to its light output and operation, it must be provided with a stream of information upon which such decisions can be made. A big part of that data comes from sensors. A sensor-driven network of smart bulbs is capable of tracking changes in the environment and interpreting these changes in order to dynamically adjust its operation for optimal comfort and energy efficiency, as well as lower electricity bills. This might sound a bit complicated, but the concepts behind individual lighting control techniques are relatively simple. Let us break them down for you, starting with occupancy sensing.

Occupancy sensing is one of the most common lighting control methods used in today’s buildings. Simply put, it allows for dimming or turning off lights automatically after a given space has been vacant for a certain user-specified period of time. Once movement is detected, lights turn back on or dim up as desired. The movement detection part is handled by motion sensors employing infrared, ultrasonic or microwave sensing technology. The number of sensors that should be deployed in a given space in order to provide the lighting system with a sufficient input depends both on the size and the type of that space, as well as on the desired performance of lights there. A simpler scenario involves all bulbs operating synchronously and providing an equal level of light intensity across the entire space as long as an occupant is present in the field of view of any of the wall-mounted sensors. A bit more complicated setup, which also enables more efficient performance, is the one where the space is divided into a number of separate lighting zones, each assigned to one or more sensors. Whenever movement is detected in one of the zones, only this particular zone becomes lit up. Such an arrangement is particularly useful in larger open spaces, staircases or long corridors. The picture below can give you an idea of how this works.

If you take a look at the room on the right, you’ll notice that only its small part is brightened up. This is because the person entering the room is only walking through it to get somewhere else – so there is no need for all of the lights to be turned on. Only the luminaires that are relevant in this situation have triggered, and once the man leaves the room, the entire space will become dark again. If a sensor-driven lighting system wasn’t installed in such an interconnecting room, the entire space would most likely stay fully lit up all day, every day. But that’s not the peak of energy savings that can be delivered via occupancy sensing in an office environment.

The most sophisticated scenario, promising the most efficient energy management, is the one where occupancy sensors are integrated directly into lighting fixtures. This allows each fixture to respond autonomously to occupancy signals from a sensor installed in it. Such a setup is ideally suited to office spaces or certain types of manufacturing plants, since it treats each workstation as a separate zone that will only be brightened up when an employee is present there.

Occupancy sensing is a proven strategy to sharply reduce lighting energy consumption, and for this reason it is often mandated by commercial building energy codes. Potential savings it offers vary significantly between different types of spaces, with the biggest benefits to be obtained in the ones that are intermittently occupied, such as classrooms or offices. However, the total lighting load reduction of approximately 20-30% can be achieved this way in the majority of commercial environments.

The concept behind occupancy sensing is pretty much the same in the case of both wired and wireless lighting control systems. What wireless solutions bring to the table is the unmatched flexibility in installing such an adaptive, sensor-driven lighting system. A dense network of wall-mounted wireless occupancy sensors covering the entire office building can be installed virtually overnight, while installing a similar network of wired sensors would require laying down miles of cables, and perhaps even ripping the walls open in order to hide them beneath the surface. And if you choose Bluetooth Smart as the wireless connectivity enabler for your smart lighting network, you can forget about frequent battery replacement. With the protocol’s support for sleepy nodes – devices that spend most of their time in sleep mode, wake up only to quickly perform their task, and then go back to sleep – such simple smart devices can keep running on tiny coin cells for years.

Wireless technologies provide outstanding flexibility also with regard to the ongoing maintenance of an adaptive lighting system. In order to maximize its efficiency and adjust its performance to occupants’ needs and new regulations, the system can – and should – be manually tuned over time. This relates to such settings as the desired level of light or the amount of time between last detected occupancy and the lights switching or dimming. In a smart lighting system, they can be modified in a couple of seconds just by using a smartphone app. There is no need to arrange a visit of a building management system specialist. Everything is plug-and-play.

Occupancy sensing can be combined with other lighting control strategies in order to maximize savings and address sustainability even better. For example, adding photo cells into the mix allows for detecting the ambient light level. If it exceeds the user-specified value, lights won’t turn on even if occupancy is detected in a given space. Ambient light sensors also enable another advanced lighting control strategy which by itself is capable of delivering significant savings – daylight harvesting. Next time we’ll explain what it’s all about.